Going Back To The Future Of Sustainable Sportswear

There’s a breed of business thinking that is not only about making money but also making a positive impact on the world. And Oz Jabur from Future Co is this breed of entrepreneur, helping to drive those other metrics of success. We talk to Oz about the future of active wear, sustainable sportswear and how history might hold some of the answers for the future of the industry.

Let’s talk about the history of your company, Future Co.

Future Co started about seven or eight years ago from a place of passion for sport. I’ve been a sports enthusiast all my life. During my school days, I played a whole lot of sports, from basketball to running. More recently, I’ve been into combat sports, Muay Thai and boxing. I’m also into trail running and endurance running.

I absolutely live and breathe that space. That started to evolve from a passion to a purpose where I started to judge myself around my lifestyle choices, in terms of my personal carbon footprint and how I could live better and become more eco-friendly.

When you look at apparel, a category which I consume a lot of, there’s a lot of waste there. I often buy a new set of training clothes every three to four months, which got me thinking about where it has come from, it’s sourcing and manufacturing. And then also its end of life; when the product is no longer usable, due to damage, or because of wear and tear, or because it’s not cool or trendy enough.

Fashion is obviously notorious for creating trends. Every three months you want to change things up because the cooler more trendier colour or cut is now available. So I looked at those things and I thought, ‘Well, how could I creatively solve this issue that I have?’ That being in terms of my journey to reduce my own waste, and then hopefully I could make an impact to influence others to do so as well.

It was a passion for sports, the purpose to reduce waste and make a positive impact on the environment. With that, I then came up with a creative business model and products that provides a mixture of all those things.

I started looking at old school classics. The theme behind what we’ve just recently dropped in November, when we launched, was a reinvention of nostalgic performance sportswear. The good solid items that everybody wore and reinventing those, making them cooler and more contemporary, but also something that you can potentially wear for another decade. They won’t lose fashion or fall out of trend.

I started looking at the last three decades; what did people wear in the seventies, eighties, and nineties? The problem to solve was exactly that, how could I take something that was old and useful, and make it exciting again? Underpinning that was the sustainability element, the purpose that we talked about, in terms of making sure that everything I do is committed to sustainability. From sourcing the materials right through to the design of the products, making them minimal and streamlined, and obviously in terms of the manufacturing process as well. What was the catalyst for turning the passion into a purpose?

Around 2013, when it all started to come to fruition, I got a little bit sick. It was a combination of my health not going well and I was quite stressed because of work and life. Through that period, I had a bit of a wake up call in terms of what I was currently doing and what I wanted to be doing in the next 10, 20 and 30 years.

It made me self-reflect to embark on a journey to become better. For me personally, I wanted to live a better life and make better lifestyle choices. But also again, in terms of that impact, everyone asks themselves that question around, what is my purpose in the world and what do I want to do? That was the pivotal point which got it going.
It’s always been on the back burner because I’ve had a career and I’d been in corporate for a wee while, so I’d never really taken it seriously until the last couple of years. But now, especially with the recent events with COVID, it made me think more about where I want to be in the next few decades and whether that has true meaning and purpose behind it.

Is it a frightening thing to cut the tether to the security of the corporate world?

Huge. It’s a battle that you have to face in your own head, heart and soul. I’ve intentionally programmed myself to fit in a system, which is the corporate game. It’s very hard after 15 or so years to cut ties and reprogram yourself to do something fundamentally different where there is no security, both from a financial perspective and also from, I guess you could call it hope. You wake up and you know you have a job that day, but as an entrepreneur, you have no idea what’s going to happen.

If we’d look at that leap, were there things that you just didn’t expect?

You read a lot about resilience and grit and mental toughness and how innovation is a bit of a muscle the more you work on it. I always had thought that I would face challenges, but the one thing I didn’t expect is when nothing works for days on end and you’re just basically hitting a wall and you can’t see the light at the end of the tunnel. What am I doing wrong? What am I not doing? You’re in that constant conflict.

You read up about it, but you don’t actually think it happens and sometimes it happens for a little bit longer than you expected. It’s quite challenging. I absolutely think, aside from your skills and experiences as an entrepreneur, to be creative, to think lean, to be able to influence, there is a huge element around mentality. You’re a warrior in your own head and there’s a number of battles that you have to constantly keep winning. 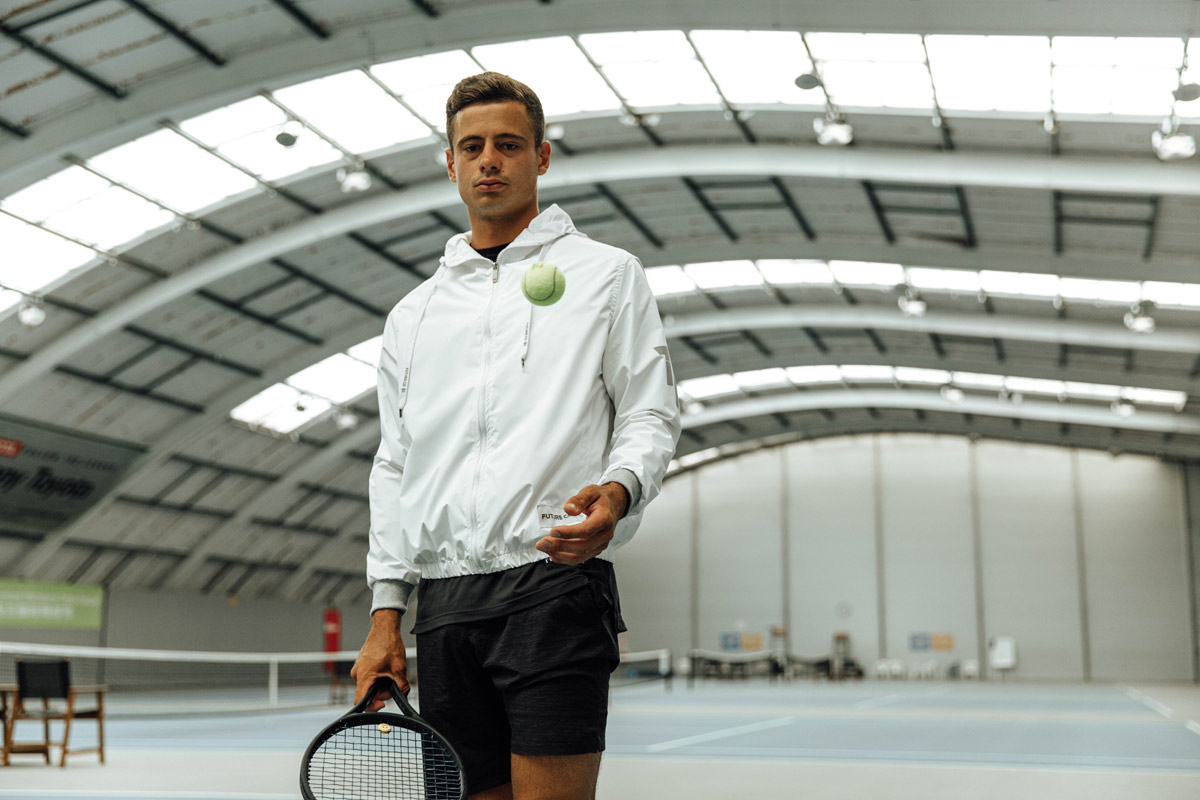 Are there things that pleasantly surprised you?

There’s no bureaucracy and red tape that you’d expect from any business, especially the big ones, for the right reasons.

The one thing that surprised me is the happiness factor. I’m working around the clock; day, night, weekends, holidays, the Christmas and New Year’s break that’s just been. I was constantly chipping away with a smile on my face. Yes, it’s hard, but I get a lot of fulfillment and enjoyment out of it.

I think a lot of budding entrepreneurs often don’t see that because they haven’t stepped into the game. One positive thing is just how I feel in the sense of achievement. I’m moving at a much faster, rapid pace. I’m smashing through stuff. I’ve got a whiteboard here and just about every day, I’m crossing out at least 10 to 12 things. Normally, in a business setting, that could probably take you about 12 months to get things done.

There’s something really fascinating about taking these pieces that have a legacy, that haven’t quite gone out of style and have always been cool and there’s a future in that. Are there other areas that you’re going to look at beyond the current collection?

Absolutely. We’ve got a new capsule dropping in March, which will introduce four new products in different colorways. Again, the design philosophy remains the same. We want to reinvent old classics and make staples.

I don’t want our members and customers to come and shop from us every three months or every season. That’s not what we’re about. We want to reduce waste. You’ll have a handful of items that would continue to look good for a very long time. That’s the principle that we’ll continue to follow.

In terms of looking back through the timeline, we’ll always look for influence. As an example, and I don’t want this to turn into a sales pitch, but I’m wearing Future Co right now. I’ve got a on windbreaker that was a hit back in the seventies. We’ve taken that template of what a running windbreaker was meant for, and redesigned it to make it a little bit more hip, a little bit more cool, but something that will stick in my wardrobe for the next, I hope, 10 years, and I could pull it out when I want to.

With Capsule Two, we’ve followed the same principles in terms of products that will always stay in your wardrobe; whether you’re about to go for a run, go to the gym or the new emerging category around athleisure, where you just want to put something on and go to the markets and have a coffee.

Tesla has released a Cyberquad for Kids
What Exactly is Web 3.0?
The Star Wars Hotel In A Galaxy Far, Far Away
The XTurismo Limited Edition Could Be The Hoverbike That Finally 'Takes Off'
A Hat-Trick For SpaceX & NASA As Endurance Touches Down At ISS
Mike Horn Is An Unstoppable Force