Catch Up With A Mate, You May Save Their Life

As culture wars wage around the issue of men’s behaviour at home, in the workplace and on the sporting field, there’s been a growing dialogue focused on trying to understand just what’s going on in men’s lives.

Most recently, I’ve had a flurry of educators, parents and employers alike reach out, grappling with how to have productive and meaningful conversations with men and boys.

While there is no doubt we need to be speaking to men and putting them at the centre of the solutions we are creating, it’s perhaps more pressing right now that men speak to each other.

Many men are understandably fed up with being lumped in with philandering offenders or violent misogynists, but we need to question, to act, to speak up, if we are to overcome these harmful stereotypes. That has to happen with our mates, and it has to happen now.

Male friendship has been the butt of endless jokes across popular culture, for its oft-perceived competitiveness, pack mentality, the need to always be doing something together and of course, the ruthless banter. However, the reality is male friendship has the potential to save lives, to prolong lives.

Healthy and respectful male friendships provide meaning, joy, connection and a sense of belonging, all of which are now well-understood protective factors against mental health issues, chronic physical health conditions and substance abuse.

There’s only one problem. Male friendship is in crisis.

While modern self-help culture offers men everything from daily mantras to an all-meat diet to help relieve their issues, the thing that will really provide them with the most long-term benefit is right under their nose.

It’s something we all take for granted every day, and that many of us don’t appreciate or work on as hard as we should.

Despite all the good mate ship does, research tells us that as men age, they lose friends to the point where almost one in five middle-age men say they lack even one close friend.

There’s no surprise then the suicide rate spikes for men in the older age brackets, when the swings and roundabouts of ageing start to take hold. These men are often unemployed or retired, socially isolated and struggling alone, in silence with no one to lean on or talk to.

The problem grows even more worrisome in guys with a lower income or those living in rural or regional areas.

Research tells us loneliness can affect a person’s health as much as smoking 15 cigarettes a day and can be twice as harmful as obesity.

For too long, men’s friendships have been seen as something we can live without, especially when the time between catch ups grows, the group chat falls quiet and the impetus to break the silence becomes replaced by a fear of awkwardness.

Unfortunately, this means there are countless men suffering in silence. Many of those men are the type who won’t put their hand up to ask for help until it’s too late, sometimes with tragic consequences for themselves, or those around them.

In 2021, a year after our social lives were put in existential danger by a raging pandemic and endless Zoom wines, you’d think we would be working harder than ever to build and maintain our friendships.

In fact, a national survey in Australia run by YouGov and Movember showed that one in five men (22 per cent) had not arranged to catch up with a close mate in the past 6-12 months.

Why? Well, 28 per cent said they were just “too busy in their everyday lives”, and twice as many men than women admitted they’re “just not good at organising catch-ups”.

What we must realise is there is nothing more “everyday” or important than the connection our friendships offer.

When my dad died seven years ago, my mates rallied around me, like soldiers on the battlefield. There’s nothing like a crisis to pull people together.

But I wish that I’d had the drive to talk to them about Dad’s struggles earlier, to seek their counsel, to share the load, but it just didn’t come naturally to me.

What I’ve realised since then in my work as a therapist is everyone is sitting in the wings with their own issues, waiting for the spotlight to find them in the darkness, but it often comes too late or not at all.

At this moment, people are crying out for much-needed positive male role models.

The truth is, they’re everywhere, waiting in the wings. Sometimes they just need a nudge, a reminder, before they feel compelled to take action, to reach out and speak up.

He might be feeling lost, alone or hurting. He could be the mate who just lost their job, the mate with a relationship that’s on the rocks, or that mate who’s just become a new dad.

He’s probably doing just fine, but why not check in and find out for yourself? You never know what someone is going through.

We are all hunting for connection, and we shouldn’t have to wait for adversity to really know our friends, or for them to know us. 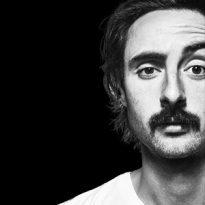 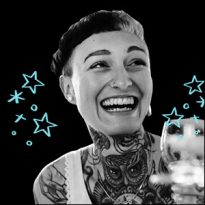 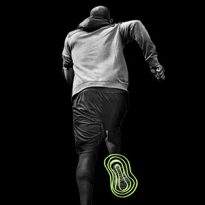 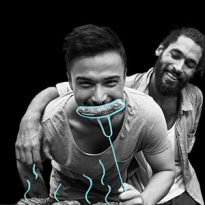 Tips From The Top
Reconstructing Mental Health in Construction
Ep.84 - The Power Of Community - Rob Dunne
Male Mental Health - What It Means To Be A Kiwi Man
How Movember Came To Be & The Kiwi Connection
Speights Is Giving Away Free Chips So You'll Talk To Your Mates in This Travelling Tavern
Load More
Back to top
MENU