Fighting Your Own Fires?

While many firefighters are motivated to join the service for noble reasons, such as a desire to serve their communities, my motivation was quite different – I wanted to get out of school!

At 16 years of age, the local volunteer fire brigade, situated on a hill above my school, was looking to recruit more firefighters. They managed to get my attention by bringing down their fire trucks and starting a water fight to end all water fights. Shortly after, one of the volunteer firefighters approached me and let me know that if I joined up, they would give me a pager and whenever it went off I could leave school to go and fight fires – sign me up! A few years later, at the age of 18, I applied for and was accepted as a career firefighter. I have now worked for Fire and Emergency New Zealand (Fire and Emergency) for over 15 years.

Fire and Emergency is New Zealand’s national Fire and Emergency service, with a combination of volunteer and career firefighters who attend over 80,000 emergency callouts annually in Aotearoa. I’ve certainly attended my share of weird and wacky callouts during my time as a firefighter. This has included responding to someone who had their fingers trapped in an EFTPOS machine slot and, on another callout, assisting to rescue a child who had manged to get their head firmly stuck in a playground jungle gym!

While many of the calls I have attended have been minor and inconsequential, there have also been those that are critical and threaten life. I’ve held a young boy, involved in a severe car crash, as he has taken his last breaths; I’ve removed the body of a young man who had chosen to take his own life while his flatmates stood outside desperately trying to comfort each other; this last week, I witnessed a women fall to the ground, overwhelmed with grief, after she was given the news that our crew had been unsuccessful in their attempt to resuscitate her husband. The latter story is now an all too familiar scenario for firefighters in New Zealand.

A Memorandum of Understanding between Fire and Emergency and St John Ambulance means firefighters are now responded, along with ambulance, to the majority of out-of-hospital cardiac arrests in this country. This has contributed to increased survival rates for New Zealanders who experience an out of hospital cardiac arrest. However, it has also led to firefighters being exposed to significantly more potentially traumatic events. For example, firefighters in the Auckland Central District, where I am stationed, went from attending five medical call related deaths in 2013, to attending 220 deaths in 2020 – a roughly 4,000% increase. 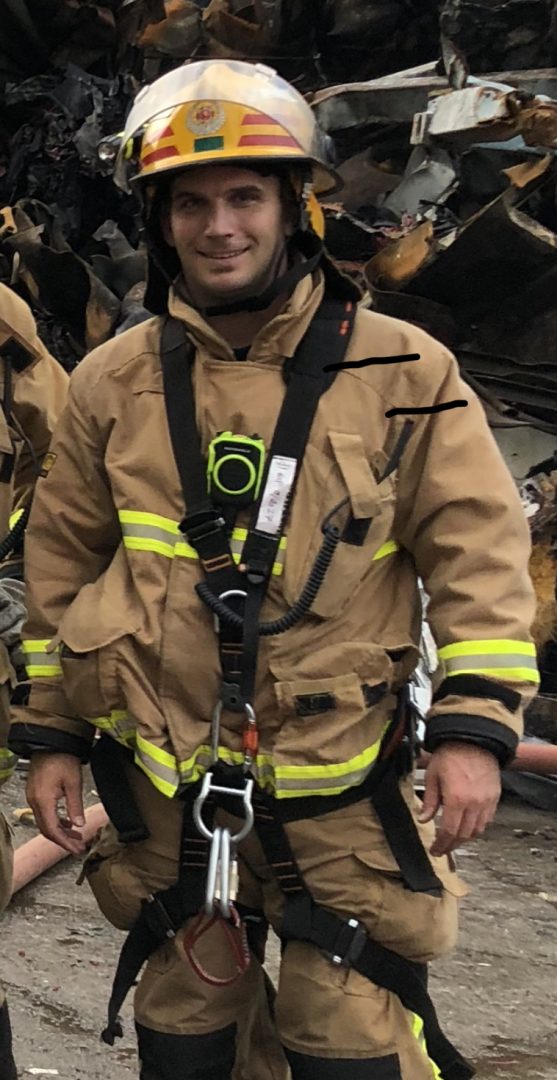 Unfortunately, while our gear provides us some protection from the physiological risks inherent to firefighting, it does not protect us from the psychological risks that come with repeated exposure to potentially traumatic events. Here in New Zealand, we have lost firefighters to suicide. Indeed, national and international studies have shown rates of psychological injury for first responders – such as firefighters, police officers, and ambulance personnel – are higher than that of the general population. Fortunately, researchers, first-responder organisations, charities, and health care providers, are mobilising so we can better understand the psychological risks inherent to first responder work. The hope is that these insights will allow us to develop better programs and tools to assist with suicide prevention and psychological injury prevention and recovery.

Movember is one of the charities that is committed to assisting and supporting first responders. They recently funded an international scoping review of suicide and psychological injury prevention programs for veterans and first responders. The aim of this review was to better understand what programs are out there and if they are effective. The good news was that there are a growing number of such programs. However, this was tempered by the finding that many of these programs were being implemented without evaluation, which means there is a lack of publicly available evidence regarding their effectiveness. The review also concluded that the programs most commonly implemented by organisations focused on what individual first responders can do for their own wellbeing, despite research that shows that organisational stressors are one of the biggest factors contributing to the psychological ill-health of first responders.

The reality is that exposure to potentially traumatising events will continue as an unavoidable part of first responders work. However, factors contributing to organisational distress, such as not feeling valued by your organisation or a lack of involvement in decision making, are much more under the control of organisations and need to be addressed.

These findings led Movember to provide NZ$9.04 million globally in grant funding for the further development and evaluation of programs to assist veterans and first responders. I was keen to apply for the funding, having recently published a report examining suicide, psychological injury, and unhealthy coping mechanisms within Fire and Emergency. And so, with support from my colleagues, Fire and Emergency, the Auckland University of Technology (AUT), and our unions and associations, we applied and have been successful, along with 13 other organisations from across the world, in securing grant funding to develop and evaluate a program that focuses on reducing organisational stressors. 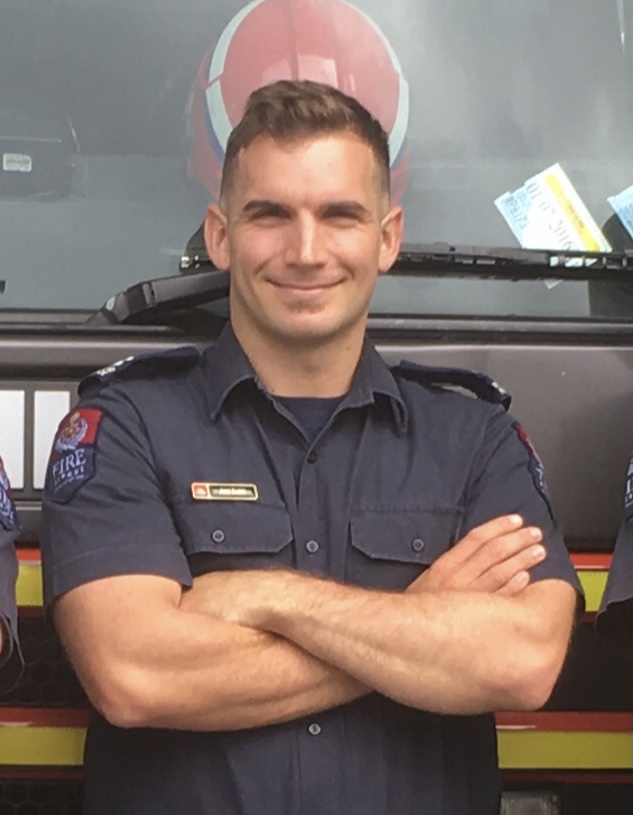 We have named our project The Whanaungatanga Program. Whanaungatanga is a Māori word that translates, in part, as the close connection between people. There is good evidence to suggest that trust and close connections are foundational to resilience and recovery. Therefore, we wanted to develop a program that identified and promoted the organisational factors that contribute to wellbeing, while also identifying, and eliminating or minimising, the organisational factors that contribute to cynicism, distrust, and distress. We hope that in doing so we can improve the wellbeing of our firefighters, who are mostly men, increasing their resilience as well as their ability to recover if they do experience a psychological injury.

So, over the next two years a team from Fire and Emergency, led by operational firefighters, with the support of researchers and clinicians, will work to further develop, implement, and evaluate a range of interventions to improve trust and connection within Fire and Emergency in the hope that this will lead to an improvement in the wellbeing of firefighters.

There will be many challenges on the journey to reducing organisational stressors within Fire and Emergency. However, the willingness of the organisation to acknowledge that they have not always got things right in this area in the past, the increased focus on psychological wellbeing in recent years, and their commitment to becoming a trauma informed organisation, is encouraging.
All too often organisations are unable, or unwilling, to recognise and acknowledge the occupational factors that contribute to distrust and distress and this becomes a real barrier to changes that could improve the wellbeing of their people. So it is heartening to see this acknowledgement, along with a commitment to work in partnership with the numerous unions, associations, AUT, and Movember in a continuing endeavour to improve the wellbeing of first responders.

Finally, this opportunity to contribute something of value to first responder communities has come about thanks to significant funding from Movember. So please, this November, consider supporting those charities and organisations who are supporting first responders. Having experienced psychological injury myself, and having lost too many of my colleagues to suicide, I can tell you it is support that can make a real difference.

External Supports Available: If you are struggling with your mental health, support can be accessed in New Zealand via a number of avenues, including:
1737 – call or text 1737 to speak to a trained counsellor
Lifeline – 0800 543 354 (0800 LIFELINE) or free text 4357 (HELP)
Suicide Crisis Helpline – 0508 828 865 (0508 TAUTOKO)
Healthline – 0800 611 116
Samaritans – 0800 726 666
Or by speaking to your GP
Fire and Emergency also offers a range of wellbeing supports, specifically for firefighters, including:
Access to counselling through Vitae by calling 0508 664 981
Access to clinical psychologists via Region SHW Advisor, Welfare Officer, or through the Injury Management Unit.
Additional support through the Peer Support Network, Unions, Associations and Societies, Iwi Liaison Officers, Women in FENZ and Afi Pasefika 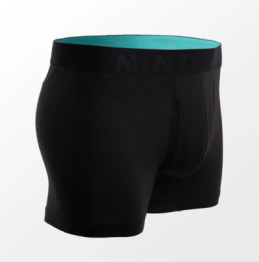 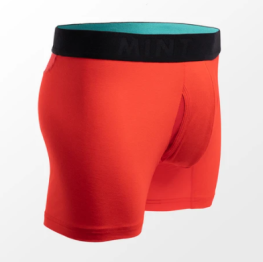 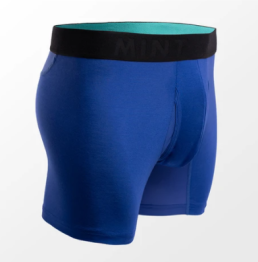 These New Zealand Made Briefs Are Mint
Tane Tomoana: Making The Cut
The Importance Of Te Reo Today
Male Mental Health - What It Means To Be A Kiwi Man
Catch Up With A Mate, You May Save Their Life
Ep.64 - How To Convert Struggle Into Greatness