Have Rents Ever Gone Down?

The recent correction in the housing market has seen the median prices decline in 2022.

The median house price for August 2022 was down 5.9% nationally from August 2021, with Auckland and Wellington both recording drops of 8.3% and 9.3%, respectively.

In the grand scheme of things, this is no surprise as house prices increased dramatically since the Government and Reserve Bank intervened as we entered our first lockdown in March and April 2020.

However, as house prices fall, one must ask the question, what is happening with rents? And, have rents ever fallen in New Zealand?

To answer both questions, we need to look at the data supplied by MBIE (Ministry of Business, Innovation, and Employment) from the number of bonds lodged by landlords.

They have been keeping records since February 1993, tracking the number of bonds being lodged, held, and closed each month and what properties are being rented, and for how much.

Looking at the whole country, rents are stabilising. From January 2022 through to July 2022, the geometric mean rent for New Zealand dropped from $526 to $516 per week.

That is a drop of just under 2%. However, rents do tend to spike at the commencement of the year due to many student tenancies starting in January and February.

We should not be surprised to see rents stabilise. For the first six months of 2022, the average increase in rents for the same periods in 2021 was more than 7%, and over the last four years, we have seen rents increase at a faster rate than they historically have in the past.

Since records began in February 1993, the average annual rent inflation has run at 4.35%. However, rents have increased between 5.5% and 6% over the last four years per annum.

Other factors come into play as well. Unlike sales, where prices are primarily impacted by people’s ability to borrow and the impact of interest rates, rents are more likely to be affected by the tenant’s income and the supply and demand of rent stock.

The cost-of-living crisis has been well documented. There are increased inflationary pressures on the population, such as fuel, power, and food, as well as an increase in available rental properties due to the slow housing market, meaning that some vendors are deciding to rent their properties rather than sell them. We cannot assume that rents will continue to increase at a rate of 6 or 7% per year. A slowdown in rent increases is inevitable.

This led me to investigate and research the data provided by MBIE to see if rents had ever gone backwards. In recent years, I can think of two regions that have witnessed falling rents.

The first was Christchurch for a period between 2014 and 2019. This was due to the post-earthquake rebuild, resulting in an oversupply of property for both sales and rentals. Rents fell for a period but hardly by any significant amount. In January 2015, rent peaked at $410 per week. In January 2020, the geometric mean rent was $407 per week.

The other more dramatic fall was in the Queenstown region as the COVID pandemic began. The month prior to the pandemic in February 2020, the geometric mean rent was $638, and within two months, this had plummeted to $476 – a fall of over 25%.

However, have we ever seen rents fall in New Zealand for an extended period?

The answer is no. The closest we could find was a four-year period between 1997 and 2000 where rents stagnated at around the $190 mark and in 1999, we saw a slight drop in rents of approximately 0.5%. Other than that, rents have never actually fallen.

This does not mean that they never will. Whilst unemployment is at record low levels; things should be okay. I believe we may be in a period of stagnation for rents, which may last for about one to two years.

Things can change. Europe will be in for a difficult winter, and depending on our government’s attitude to immigration, we may have an influx of immigrants arriving in New Zealand. Plus, as tourism kicks into gear, we may see rentals converting to the short-term market, such as Airbnb. We could again find ourselves with a shortage of stock and new money coming into the country, which may put pressure on rents. 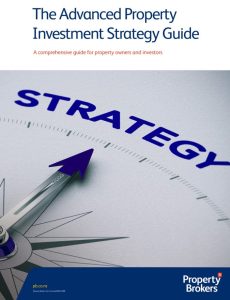 A comprehensive guide for property owners and investors

Bill Gates' Top 3 Book Picks
Lessons from Leave as a Business Owner
It’s not the Journey, it's the Destination that Counts
475,000 Reasons To Invest In Parnell
Relive The Chaos With HBO's GameStop Documentary
How to Adapt to a Slowing Rental Market