The last few years, both at home and abroad, have been rife with democratic controversies that have had the world up in arms. After all, I think we’re all still recovering from the tireless, headache-inducing news cycle from the US Presidential election last year. However, all others pale in comparison to the stunning reverberations that went through the population a couple of weeks ago following the results of what can only be described as the nation’s most important and polarising election. Yes, I am of course referring to the annual Bird of the Year competition, where Kiwi’s all over the country campaign and vote for the ‘bird’ that they believe worthy of the title of the country’s most outstanding endothermic, two-legged, egg laying animal for that calendar year. Only, by now you’ve surely heard the competition erupted in an explosive controversy upon the release of the result, which found that the crown had been given to what can only be described as an imposter; the long-tailed bat.

The bat beat out iconic New Zealand birds such as the kākāpō, the titipounamu (better known to some by its English name, the ‘rifleman’) and the kea for the award, immediately sending the country into a frenzied outrage. Now, ultimately, Forest & Bird are, as far as we know, a reputable organisation and we do not mean to question their legitimacy in terms of adjudicating inclusions in their competition. After all, they have the word ‘bird’ in their name (and we don’t) for a reason. However, now that the dust is settled and we’ve all had a week or two to calm down, let’s examine the situation and see if we can figure out just how or why the long-tailed bat made its well into a bird competition in the first place.

Firstly, let’s take the inclusion purely at face value. As alluded to above, the three main attributes of animals that would fall under the category of ‘bird’ are that the animal is endothermic (warm blooded in non-fancy talk), has two legs and lays eggs as a means of reproduction. While the bat does have the first two factors covered, bats do not, nor have they ever, laid eggs. They are well-established as one of New Zealand’s few native mammals, and have no point have they, under any scientific basis, fallen under the category of bird.

The only possible explanation on an objective level is that the bat was included simply due to its bird-resembling appearance, largely due to its ability to fly via the lift generated by its wings. But if we’re going to allowed any other winged creature into the fray, then we’re really opening Pandora’s box. What next, the common housefly is your 2022 Bird of the Year?! Sounds ridiculous right? Well, if this years results are any indication, don’t count it out!

Maybe there’s something more nefarious at play here, a secret hidden agenda to rehabilitate to bat’s image after years of negative portrayal in vampire movies (dating back to 1922’s Nosferatu and peaking with the atrocious Twilight series in the 2010’s) and a bad public name recognition related to the rumoured link between bat-consumption and the origins of COVID-19. Or, maybe this was just a sympathy/awareness ploy, as the long-tailed bat, one of New Zealand’s only native mammals, is currently categorised as ‘Critically Endangered’ and could really do with some good vibrations going its way. It also could simply be that Forest & Bird wanted to get people talking about their largely meaningless competition, which I think we can safely say worked an absolute treat.

Ultimately, the big takeaway here might be that the general public really can’t be relied on to complete even the most basic democratic process without making a mockery of it. Not to get political here, but if we can’t be trusted to pick an actual bird in a competition literally titled ‘Bird of the Year’, you wonder how we’ve survived this long electing our own leaders and deciding on issues that actually matter. Or maybe, people just are just losing the plot a little in month three of lockdown. Either way, the long-tailed bat is our Bird of the Year whether we like it or not and it’s time we look forward to what will no doubt be an absolute bloodbath of a competition in 2022 (the bat will probably suck up the most votes there too). 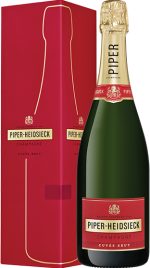 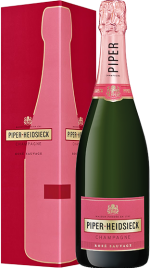 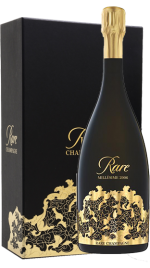 HORS-SÉRIE 1971: A Special Duet Worth Waiting 50 Years For
How This Rosé Sauvage Can Up Your BBQ Game
At 90-Years-Old, Shatner Finally Reaches The Final Frontier Aboard Blue Origin
Thai-Inspired Slaw Salad Recipe
The Four Craziest Champagne Coolers
Who Will Be M2 Man of the Year 2021?