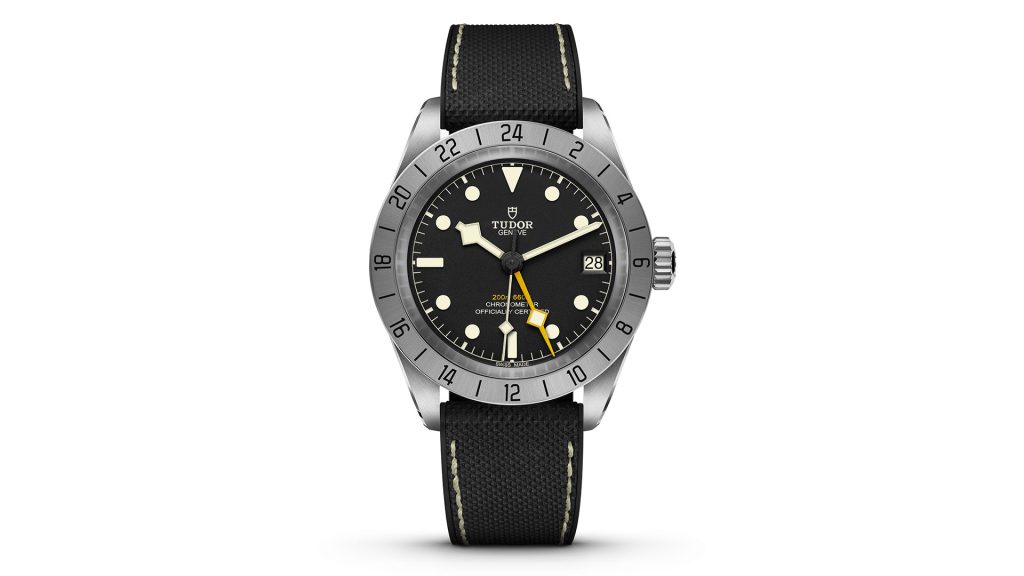 Many of the watches releasing this year are iterations on the classics. Tudor is eschewing this trend with the release of the Black Bay Pro, an entirely new technical model with its own aesthetic. It’s 39 millimetres of satin brushed 316L steel and a TUDOR Manufacture MT5652 Calibre with a built in GMT function.

It instantly stands out with its bold yellow 24 hour snowflake hand and 24-hour graduated satin-brushed fixed bezel. The hour markers on the dial are made from monobloc luminous ceramic. This feature considerably increasing the luminous surface of the hour markers. It has an entirely redesigned winding crown and the straps have had a makeover with a new clasp, the Tudor “T-fit” rapid size adjustment system for optimal comfort. This system gives wearers up to 8mm of adjustment on the clasp with zero fuss. For straps, you have your choice of a steel bracelet, fabric jacquard-woven or “Hybrid” type rubber strap. 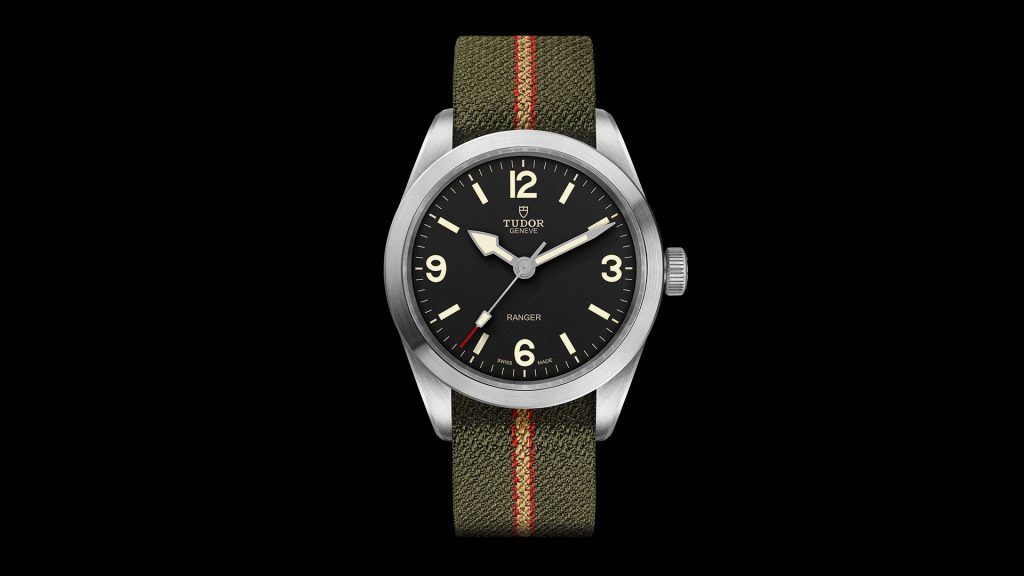 Tudor has a rich history of being a companion during big adventures. In 1952, their very first Oyster Prince model, which was both automatic and waterproof, accompanied the crew of the British North Greenland Expedition. They spent two years conducting in-depth glaciological and seismic surveys, the entire time counting the minutes with Tudor’s watch undergoing extreme conditions.
To celebrate the 70th anniversary of this endeavour, Tudor are releasing the Ranger. Coming in a satin-brushed 316L steel case, it comes with a sturdy fixed bezel and your choice of bracelets – olive-green Jacquard fabric with burgandy and beige stripes, hybrid rubber and leather, or 316L steel.

Inside, it runs with a TUDOR Manufacture Calibre MT5402. It’s been specifically built for robustness, longevity, reliability and precision due to its variable-inertia balance. It hasn’t just been built with adventuring in mind though, everyone needs to take a break. It’s also “weekend-proof” with a power reserve of 70 hours.

One thing I will say for Tudor, their naming conventions are far snappier. None of this “listing all its features in the title” nonsense. It knows what it is and it gets the job done, just like their watches.