While we will likely always be restricted by our own mortality, humans have, seemingly forever, spent immense amounts of time and resources searching for the proverbial fountain of youth and clamouring ways to prolong their lives. As we head into what he calls the ‘coming era of longetivity’, anti-ageing expert Greg MacPherson took to our M2 Summit stage on Thursday 20 May to help us “dive down the rabbit hole of cellular ageing” and caught us up to speed to where we at in the world of anti-ageing and posed the simple but incredibly layered and thought-provoking philosophical question: “what’s the point of extending life?”. 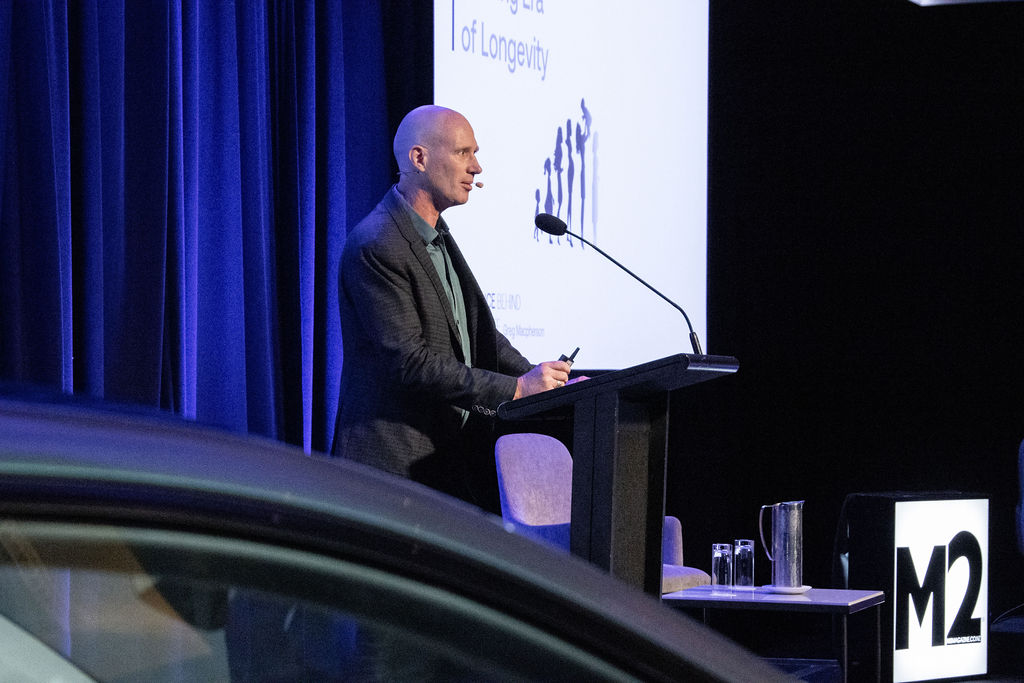 He walked us through one of the key components of this conversation; the difference between ‘lifespan’, the number of years we’re on this Earth from life to death, and ‘healthspan’, the number of healthy years we have before our bodies start to decline. He pointed out that the objectives of the industry are focused on improving the latter two factors, attempting to “extend the amount of healthy years we have on the planet”. One of the keys to accomplishing this, MacPherson pinned, was a shift from anti-ageing objectives in the past which “(dealt) with the symptoms, not the causes”.

He discussed the concept of ‘biological age’, essentially how old your body really is, not in terms of chronological years spent on Earth, but in terms of how the cells in your body are operating depending on how healthy you are. He identified lowering ones biological age is one of the keys to increasing ones health-span and that this can lead to a person adding “years’ worth of youth and vitality” in their latter stage of their lives. He then referred us to four emerging methods of anti-ageing that could soon change the industry and how our lives are lived. Some were fairly conventional; the drug Rapamycin, which MacPherson referred to as cellular ageing’s “four-minute mile moment”, as it was the product that first proved the opportunities in anti-ageing treatment and has only grown in potential after years of human and non-human testing. Others, not so conventional, such as the medical practice Parabiosis, which essentially was explained as the practice of stitching a young subject with an older subject in order to transfer the youth of one to another (makes for some unsavoury mental imagery). While MacPherson thankfully admitted this is “not something we’re going to see in a clinic right now”, he did argue that this practice (successfully tested first on rats) proved that “there are circulating factors that young people have that old people have less of”.

To conclude his fascinating presentation, MacPherson brought us all back to think about what this could all mean going forward. He argued for the potentially significant relief that anti-aging processes could provide for our health system, as in theory, more healthy bodies means less need for medical treatments. But he also pointed out that this is all somewhat of a ‘Pandora’s box’, acknowledging that the capability for humans to prolong death is, in his own words, “quite scary” and that “once we have access to this technology, we will use it”. 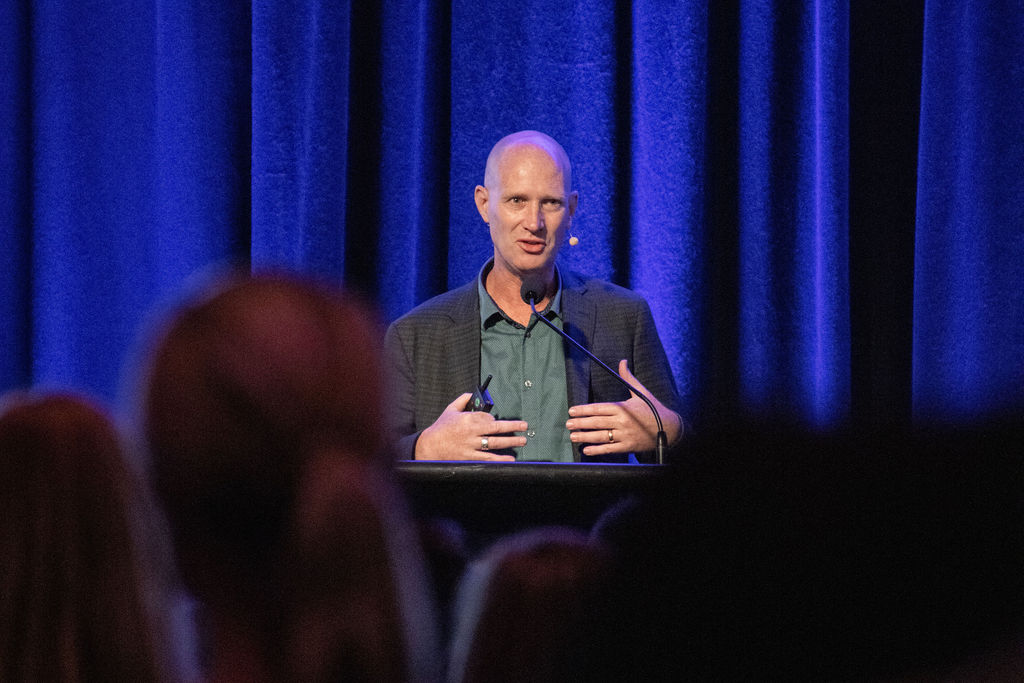 Finally, for those who are aren’t looking to wait around for the science to catch up to their desire for a longer prime, MacPherson laid out a few general areas where that you can work on today to pause the biological clock. Beyond the obvious ones (healthy diet, regular exercise, etc.), he put a decent focus on ‘stress’ as a major contributor to a raised biological age, specifying that “it’s not the level of stress, it’s how we cope with that stress” that counts, and the fact that often, the people who lived longer, healthier lives were the ones that “got out of bed for a bigger cause”.

Ep.14 - CEO of Ierospace Industries Talks How To Create A Sustainable Optimistic Future
Ep.87 - How Long Can Your Business Keep Doing What It's Doing - Dr. Mark Eltom
M2 Ep.66 - How To Look After $1.4 Billion And Your Community At The Same Time
Ep.73 - The Future Of Property Prices And Leadership
Ep.56 - Supercharging NZ Innovation
Ep.50 - Why One Business Model Doesn't Fit All