As far as chemical elements go, Oxygen is right up there in terms of importance for our survival of course. According to some in the horological world though, Oxygen is bad for timepieces. Not only does Oxygen contribute to metal oxidation but it can cause fogging during extreme temperature changes, like when you happen to be climbing Everest.

With this in mind, well both Everest and the problem of horological oxygen, Montblanc released the 1858 Geosphere 0 Oxygen – a watch was dedicated to legendary mountaineer Reinhold Messner, who was the first person to climb the world’s 14 highest peaks and the first to undertake a solo ascent of Everest without oxygen. 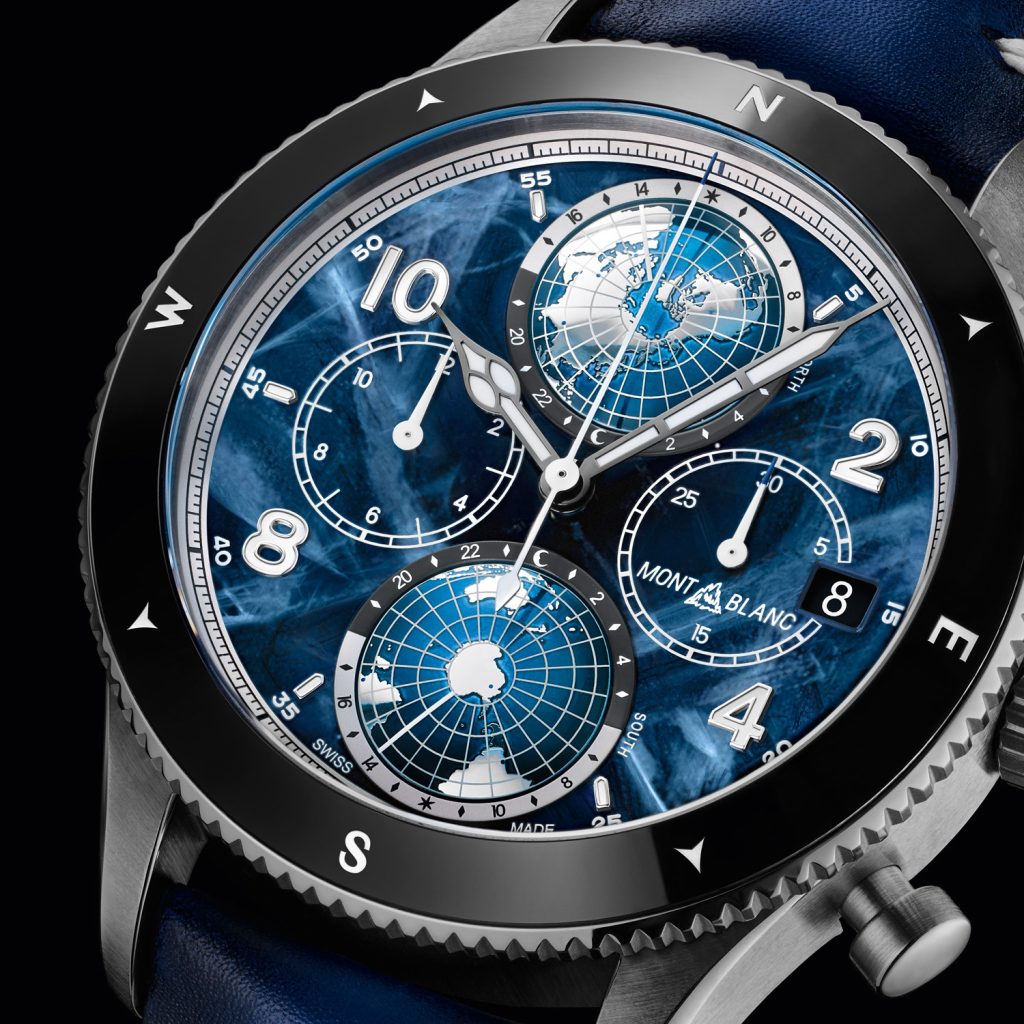 One of the standout features of the Montblanc 1858 Geosphere Chronograph 0 Oxygen LE290 is of course the 0 Oxygen part. Any hint of Oxygen has been replaced by an inert gas to prevent fogging and oxidation in sub-zero temperatures and high altitudes. The titanium case measures 44mm in diameter and 17.1mm in height and has a brushed and polished finish. It is equipped with a bidirectional rotating bezel with a black ceramic insert and cardinal points that are coated in Super-LumiNova for legibility in all conditions. The dial is protected by a domed sapphire crystal with multiple anti-reflective coatings, and the caseback is made of titanium and features a laser engraving of Reinhold Messner’s route up Mount Everest in 1978.

The dial of the Montblanc 1858 Geosphere Chronograph 0 Oxygen LE290 is blue and features a glacial ice pattern achieved through a technique called gratté boisé. It has chronograph subdials at the 3 and 9 o’clock positions, which display a 30-minute counter and a 12-hour counter, respectively. The dial also has applied indices and large Arabic numerals at the 2, 4, 8, and 10 o’clock positions that are filled with Super-LumiNova, as are the cathedral hour and minute hands. There is a white date window at the 3 o’clock position and turning globes at the 12 and 6 o’clock positions for the Northern and Southern hemispheres, respectively. The dial also has a detailed chronograph seconds track at the outermost perimeter. 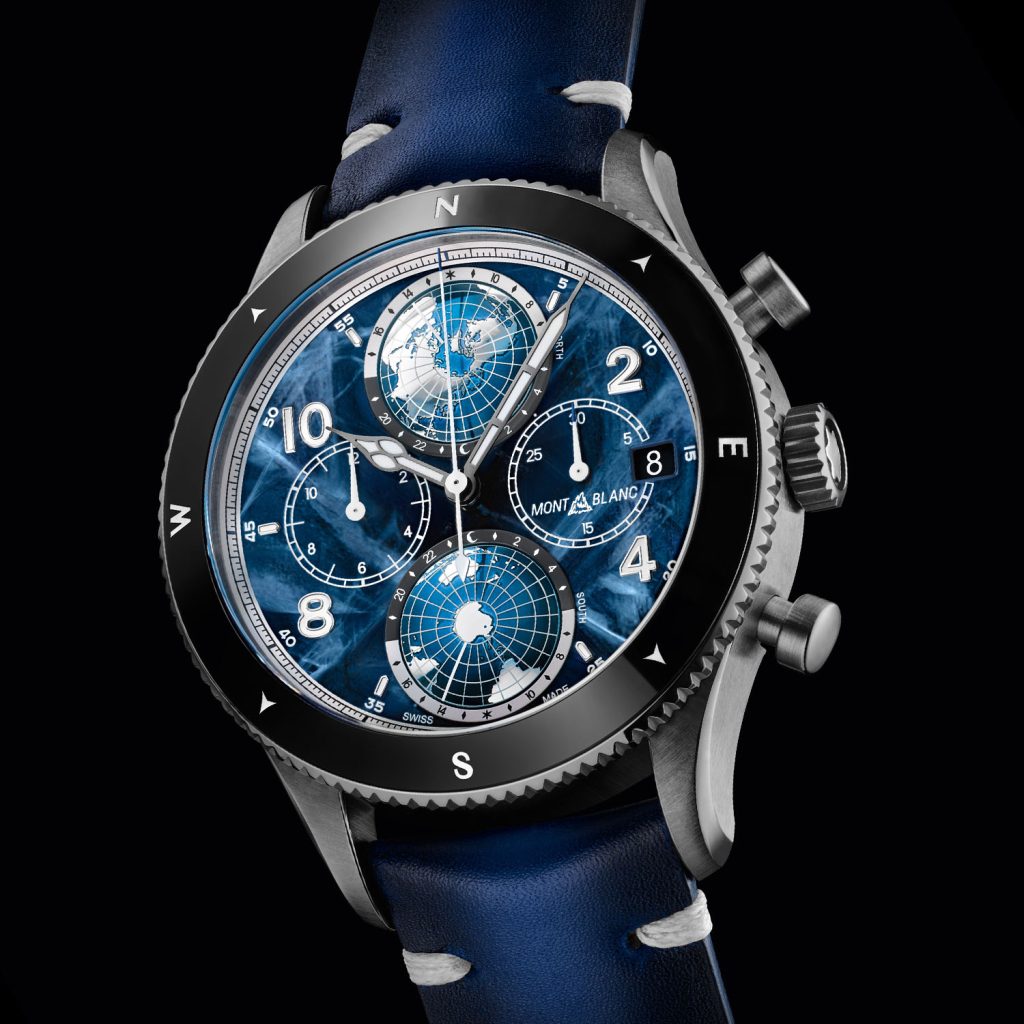 The Montblanc 1858 Geosphere Chronograph 0 Oxygen LE290 is powered by the Montblanc MB 29.27 automatic chronograph movement, which has a world time complication, 33 jewels, and a 46-hour power reserve. The movement is specifically designed to perform in temperatures as low as -50 degrees Celsius and has undergone the brand’s rigorous 500-hour laboratory test for durability. The watch is fitted with a blue calf leather strap with white stitching and a titanium deploying buckle, and it is water-resistant to 100 metres.

Overall, the Montblanc 1858 Geosphere Chronograph 0 Oxygen LE290 is a stunning watch that combines vintage-inspired design with some clever thinking and a celebration of human exploration.

Crafts That Stands The Test Of Time
Speed Machines
Piaget Is the King Of Thin
A Godly Machine
The Santos De Cartier Chronograph is a Golden Sight to Behold
The Magical Journey of F.P Journe