The Grand Return – The GranTurismo Is Back For The Long Haul

There’s something romantic about the concept of the Grand Tourer, a vehicle designed to help liberate you from the shackles of the day-to-day routine and allow you to explore the open road in comfort, style, luxury and some pace to go with it. The concept of grand touring, or GT, dates back to the 1950s and 60s when car manufacturers clicked onto the fact that people who had high-end sports cars actually didn’t just want the odd blat around a track, they wanted to hit the road, to cover long distances quickly but with the comfort and amenities of a luxury car. And so “grand touring” and we got a new breed of car that combines both performance and luxury. Like many things though, the Italians came along with a much cooler take on the situation – The GranTurismo.

And first introduced in 2007, the Maserati GranTurismo is an iconic GT that is not only the epitome of grand touring but it has helped to define Maserati. And now, after a brief hiatus, Maserati is set to bring back the GranTurismo for the 2024 model year. 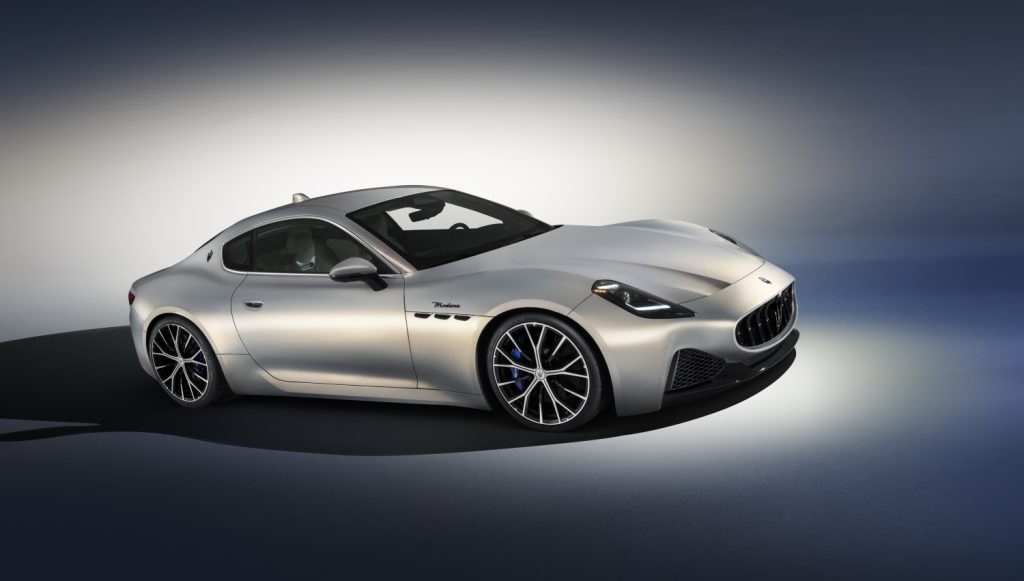 The all-new GranTurismo gets itself a redesigned exterior that incorporates some of the styling cues of the new Grecale SUV but it still holds onto its famous legacy. The car’s classic proportions have been maintained, with a long bonnet and central body intersected by four fenders and the roofline has been dropped dynamically to emphasise the curve of the pillar that features the iconic Trident logo.

Inside, things get a hefty dose of technical upgrades including the Maserati Intelligent Assistant (MIA) multimedia system. An advanced infotainment system that controls a wide range of functions, such as navigation, audio, and climate control, using the car’s large touchscreen display. The system is intuitive and easy to use, and it also comes with a variety of connectivity options, such as Apple CarPlay and Android Auto, to keep drivers connected while on the road. There’s also a comfort display that brings together the main functions in an integrated touchscreen interface, which offers up information such as fuel level, speed, and navigation, at a glance. 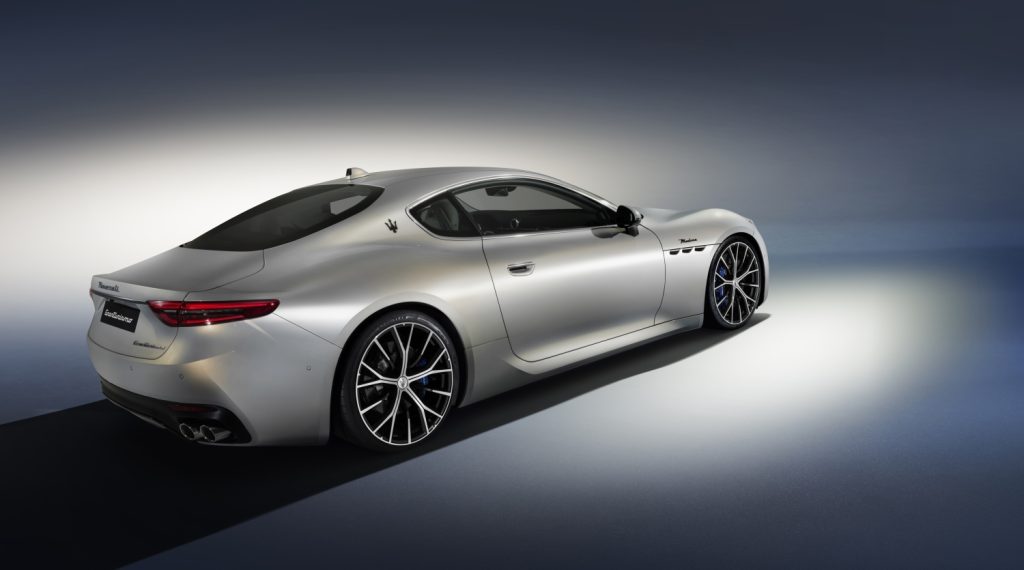 The designers obviously love their road trips because they have covered all of the details including seats that provide support and comfort for long-distance driving along with ample legroom and headroom for both the driver and passengers.

There’s also plenty of space for luggage and a variety of storage compartments and cup holders throughout the cabin, providing space for drinks, cell phones and other small items you seem to need on the open road.

And moving on from cupholders to powertrain, the GranTurismo comes in two flavours of power. A petrol-powered version packing a detuned version of the MC20’s Nettuno twin-turbo V-6 engine will be offered in base Modena and performance-oriented Trofeo trims. And an electric version named the Folgore powered by three electric motors that will deliver a combined 750 horsepower. Both versions will come with all-wheel drive and an eight-speed automatic transmission and will be able to accelerate from 0 to 60 mph in just a few seconds. But of course that’s only part of the charm of the GranTurismo, it’s in the long open road, where time doesn’t really matter. That’s where the magic is.