The Place To Make Your Mark – Montblanc Boutique

In the final scene of Wolf of Wall Street, the real Wolf of Wall Street, Jordan Belfort, takes over from Leonardo DiCaprio and cameos as himself at a sales conference in Auckland, complete with the Sky Tower in the background and some bad New Zealand accents from a room full of American extras. The scene acts as a kind of geographical and temporal beat to show just how far Jordan Belfort has come in his own personal journey – he has of course given up on the penny stocks, the mansions and the superyachts and now travels the world to teach people how to sell things.

The thing that always struck me about this scene is the example that he uses to teach the room. He holds up a pen and invites people to try and sell it to him. It seems like such a simple object to try and sell but as Belfort later explained to me in an interview about the movie, people always try and focus on the practicality of the pen, talking about the portability and even ergonomics. What even some great salespeople forget is the emotional gravity that can come not with the pen itself but its actual use.

Think about it. Some of the most defining moments in life involve a pen and your signature. Marriage, starting a business, buying a house, a big contract. Those are the moments you want to remember and you don’t want to remember using a rubbish pen in the middle of the moment. For this reason, we are particularly excited about the fact that Auckland has its very own epicentre of pen excellence in the form the the Montblanc Boutique at 87 Queen Street, Auckland Central.

Montblanc has been the master of the art of high-quality writing instruments for generations. Founded in Germany in 1906, Montblanc began as the Simplo Filler Pen Company before cementing itself as the maker of some of the world’s most iconic mountain pens, ballpoint pens drawing on painstaking master craftsmanship, heritage but also not being afraid to have some fun along the way with a creative range of pens that pay homage to some of the world’s most creative thinkers. Because of course, it’s not just about signing contracts and mortgages that make for life-defining moments but some of our most beloved movies, plays, novels and concepts have begun with pen on paper. 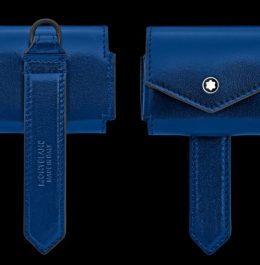 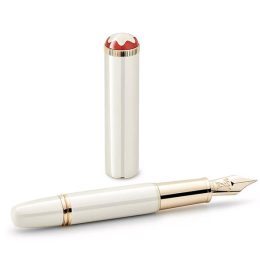 Four Carry-on Trolleys To Make Travel A Stylish Breeze
Here’s Your Ultimate Leather Accessories Collection
Find Out Why This Montblanc Pen Is Worth NZ$300,000
Accessories to Never Leave The House Without
This Ultra Luxe Pen Pays Homage to the Stars
Travel In Style With These Montblanc Picks