Brad Pitt is one of those guys you just implicitly understand the star power of. He does a bang up job in every role he takes on, and even out of character he is effortlessly cool. You could put him in anything and he’s going to outclass everybody else in the room. In his latest film Bullet Train he literally asked to be put in a bucket hat, I guess perhaps he has shares in the bucket hat market because this year has seen a marked resurgence in celebs repping the look. Everybody from Rhianna to Justin Bieber are catching the bucket hat train. In Brads defense, he’s been a bucket hat diehard for years, during their high times and their bad years.

You can pick up the particular hat he’s wearing from Pacsun for $32 in either the original cream or black. You can pick it up right here.

Style truly is an attitude, but that won’t stop us from aping his looks whenever we can. During his recent photocalls for the movie he’s been spotted in a range of looks, all going for comfortable vibes from loose fitting coveralls to skirts (kilts?). Check it out for yourself below:

M2 2022 Watch Guide: Montblanc
The Scent of Freedom
The Power of Harper Finn
The Timeless Core of Louis Vuitton
The Creative Explosion of Devin Abrams
6 Pieces Of Tech To Show That You're Discerning AF 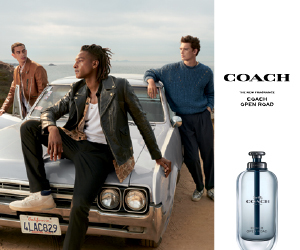