Armin Strom and Collective Horology have joined forces to create a unique version of the Gravity Equal Force watch, the P.03., a nod to the magic and adventure of technical outdoor exploration.

While Silicon Valley entrepreneurs might generally be all about the bytes, there is a group of them that celebrate the craft of watchmaking. Founded in 2018 by tech executives Asher Rapkin and Gabe Reilly, Collective Horology creates collaborative watches for current members and those interested in joining, and the P.03 is part of their Portfolio series dedicated to showcasing independent watchmaking. Previous editions have included partnerships with J.N. Shapiro, H. Moser & Cie, and Urwerk. The P.03 marks Collective’s most customised collaboration to date.

The P.03 features a black dial with Frag guilloche pattern and khaki hour markers with a matte finish and black gradient effect. The small seconds subdial is also khaki, with an azurage finish. This is packaged in a 41mm x 12.65mm case made of grade 5 titanium. These bold design elements give the P.03 a tactical, almost military appearance while still maintaining a high-end watchmaking aesthetic. 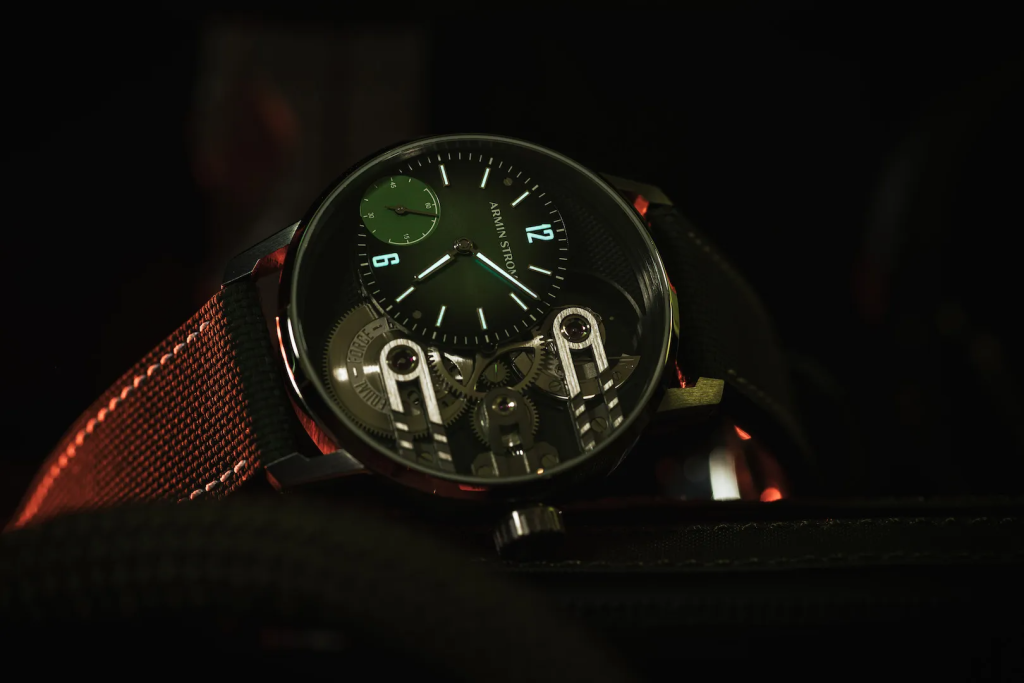 Inside, the P.03 is powered by Armin Strom’s Caliber ASB19 automatic winding caliber. The Caliber ASB19 automatic winding caliber is a movement based on the motor barrel system, which was originally used in American pocket watches to protect the gear train from a broken mainspring. In a motor barrel, the functions of the barrel and arbour are reversed, with the barrel rotating when the watch is being wound and the arbour rotating when the watch is running to drive the gear train.

The Caliber ASB19 also features a torque regulating mechanism, which is designed to ensure stable power delivery to the escapement. This is particularly useful for automatic watches, which can suffer from declining amplitude if left inactive for extended periods of time. The Caliber ASB19’s torque regulating mechanism is combined with an automatic winding system, making it an efficient and reliable movement for automatic watches. 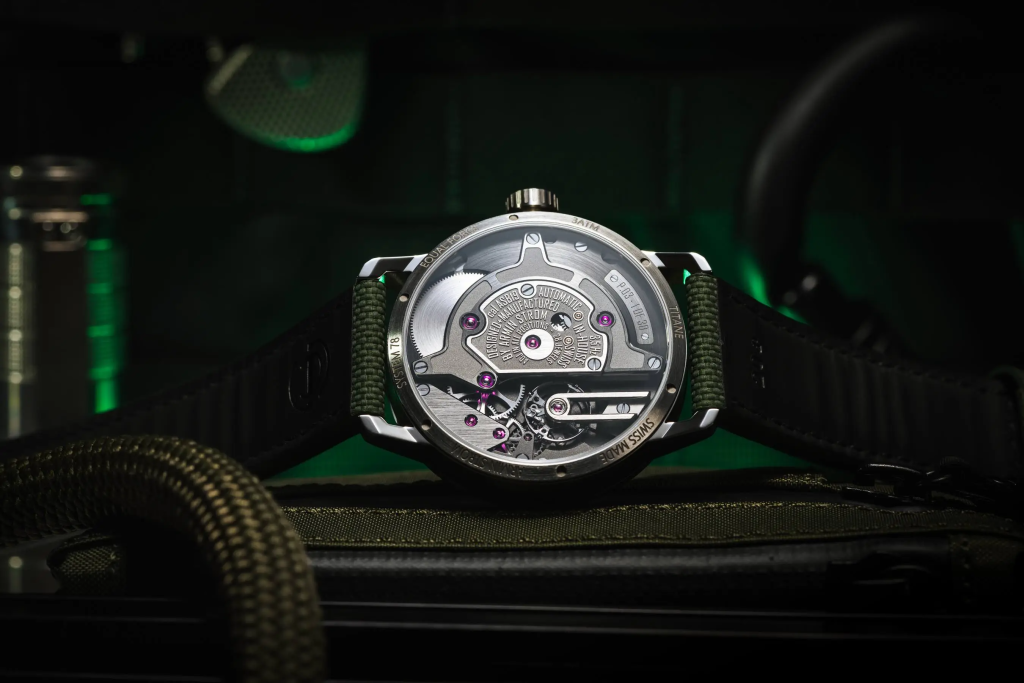 For the P.03, this impressive movement gets some further customisation. Firstly, the movement has been finished with a number of decorative touches, including ruthenium plating on the bridges, decorative grooves on the bridges supporting the micro-rotor and barrel, and a chamfered edge on the third bridge that holds the intermediate setting wheel in place. The base plate has also been black coated, with its left portion decorated with barleycorn guilloché.

Unfortunately, this very special edition timepiece, is limited to 30 pieces and only available through Collective Horology.

See The Light
Crafts That Stands The Test Of Time
The Wonder of The Wandering Hours
The Magical Journey of F.P Journe
Speed Machines
The Rolex Sky-Dweller, A Worldly Classic