We all know the world’s gone digital, but tech has much more going on beyond our LED screens. Breaking down the increasingly relevant and exciting world of deep technology at the M2 Summit on Thursday 20 May was Imche Fourie, head of Outset Ventures, who sat down for a fireside chat with our editor, Andre Rowell.

Fourie began by sharing with the audience her observation that, nowadays, “’tech’ has become synonymous with digital technology”, which excludes the contributions of ‘deep technology’. Fourie gave us a simple definition of deep technology, describing it as the “physical manifestation of science and engineering”, naming relevant fields such as quantum computing, synthetic biology and artificial intelligence. 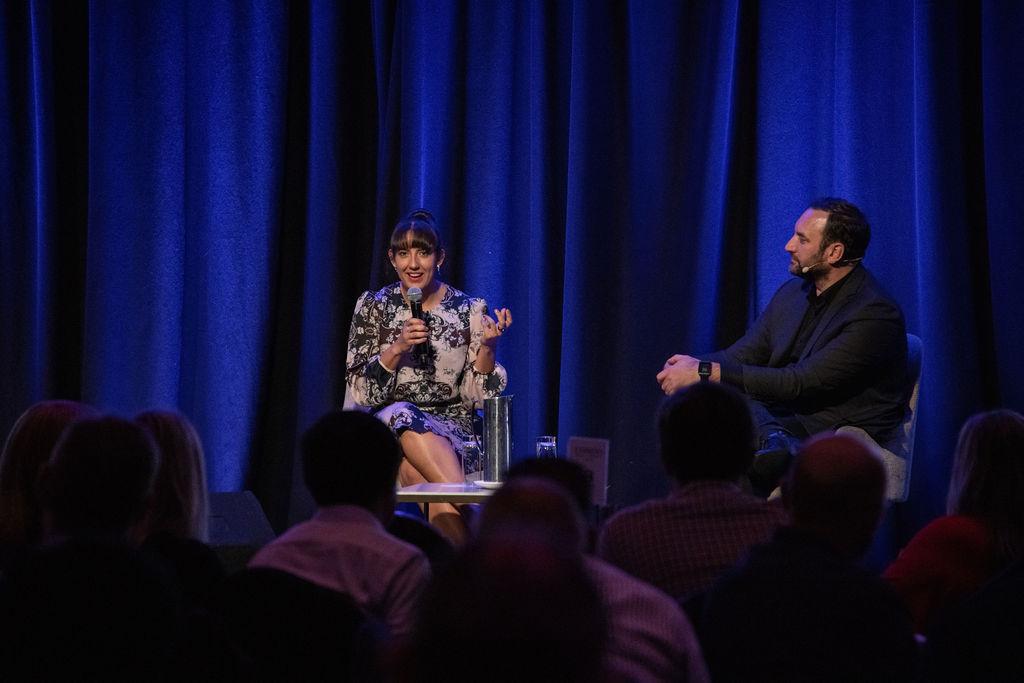 Fourie broke down how the almost inherently slow and meticulously progressing nature of deep technology innovation makes it a very different arena for business and investment when compared to digital technology. She asserted that the “traditional model of building an MVP and then iterating constantly with potential customers just doesn’t work in deep technology”. She explained that deep technology transcends the traditional sales model, describing the process as “a constant communication between where the science wants to go and supplementing that with commercial insight” with problem solving “at the heart” of that communication. Fourie admitted that these factors make the industry one that demands both ‘curiousity’ and ‘courage’ from the investor, due to the reality that profitable returns often take 10-15 years to come through and that the financial commitment is much greater than in the digital technology sector, as, for example, “it takes a lot of money to scale up a manufacturing process for a product that’s never been done before”. She did, however, acknowledge the advantage of the industry possessing a ‘coolness factor’ over most other industries, arguing that the unique nature of deep technology product development gives it unique appeal for investors who are looking attach themselves to something exciting.

Fourie admitted that the potential impact of certain significant deep technology innovations could have a harmful effect on the planet if the knowledge and resources reside in the wrong hands but argued that this ‘double-edged sword’ exists in all forms of technology and highlighted the fact that most deep tech companies “are built on teams and ecosystems which will influence how a company gets to develop”, which helps prevent such outcomes. Fourie accentuated the message that deep technology is a field that relies on support from collaborators, claiming that the industry lies “at the intersection of government, academia, venture capital and industry” and she encouraged business owners to consider investing in deep technology start-ups for their own long-term benefit. She also stressed the need for deep technology companies to maintain and promote a strong level of diversity of voices and ideas, claiming that in the deep tech industry, “there’s a place for just about anyone”.

Finally, when talking more personally about how New Zealand specifically is contributing to the deep technology industry, Fourie pointed to the New Zealand’s contributions in agro-tech, its abundance of expertise in the field of nanotechnology and its ever-growing presence in the world of space technology, highlighted by the work of Rocket Lab. She displayed optimism in describing how New Zealand can expand its involvement in deep technology, suggesting that Aotearoa could become a “a hub… in the same way that Silicon Valley is a hub for digital technology”. However, she identified two hurdles that need to be overcome before this can become a reality; a) academic institutions must cede control over start-ups utilising their research to allow for private capital to get those start-ups off the ground and b) big businesses must ‘buy-in’ to the potential of deep technology and what it can do for them in the long run. She asserted that once these obstacles are cleared, we can, through deep technology, continue to build on the great scientific legacy that we have built in New Zealand.

Ep.105 - How Solving Our High Asthma Rates Starts at Home
Ep.39 - The Future Of How We Work
Ep. 99 - Back to the Future
Ep.82 - How To Raise Money Now While Solving Old Problems
Ep.21 - Jemma Whiten: How The Hell Do You Market Now?
Ep.28 - Finding Opportunities In Any Market