There’s something freeing about an open-top roadster. The wind in your hair, the feel of the sun, the smell of the open road. Hollywood has latched onto the concept also and once you have escaped with the money and got the girl of your dreams, you ride off into the horizon while the audience gets a slow wide contemplative panshot. 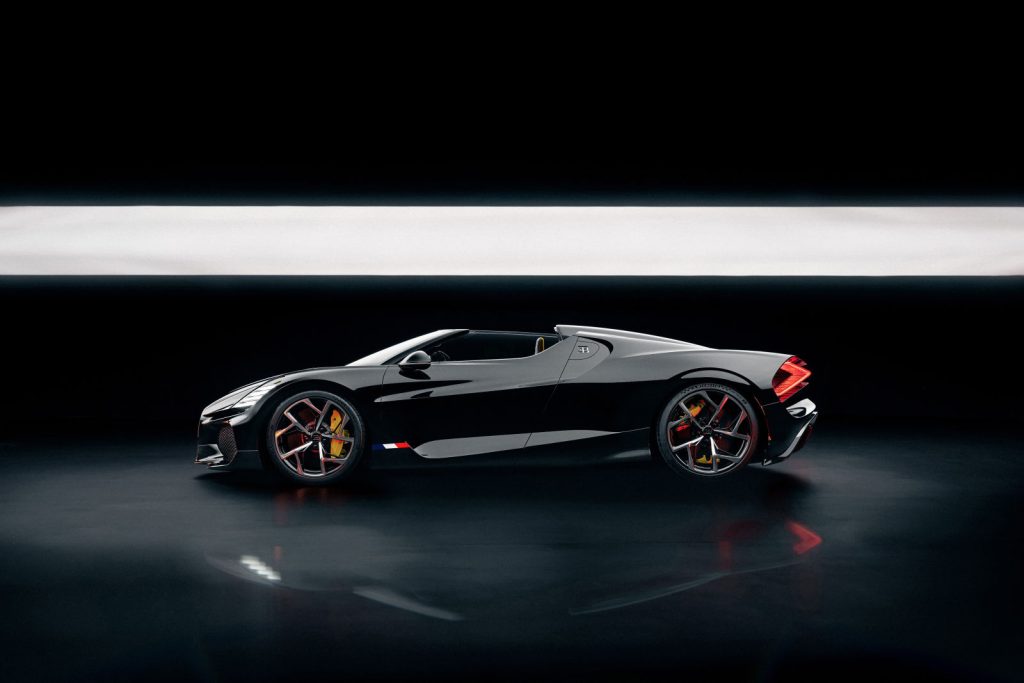 The W16 engine, which debuted in the Veyron in 2005, has come to define the exotic brand’s cars. It is an 8.0-litre quad-turbocharged engine that is comprised of two ‘narrow-angle’ V8 engines (known as VR8s), arranged at a 90-degree angle. The W16 engine has become synonymous with Bugatti and it is no surprise that the company has chosen to give it a fitting farewell with the W16 Mistral.

This limited-edition roadster, which is based on the Chiron hypercar’s chassis, is designed to pay homage to the iconic open-top Bugattis of the past, such as the Type 57 Roadster Grand Raid of 1934. Bugatti’s last roadster was the Veyron 16.4 Grand Sport Vitesse of 2013, which featured an 883kW version of the W16 engine and was able to reach top speeds of 409km/h. Bugatti has not offered an open-top car on the newer (2016) Chiron’s platform until now. The W16 Mistral, which is limited to just 99 cars, receives a bespoke coach built body, with classic car-inspired cues including a curved windscreen designed to create a “visor effect”. The engine air intakes have been moved to the roof – above the occupants’ heads, separate from the side-mounted oil coolers – and are said to “enrich” the sound from the mid-mounted engine.

The LED headlights adopt a new signature with four horizontal strips – “nods to the W16 Mistral’s four-wheel-drive and four turbochargers,” Bugatti says – while the X-shaped tail-light bars are inspired by the Bolide track car, and create space to vent hot air away from the car’s mechanicals. 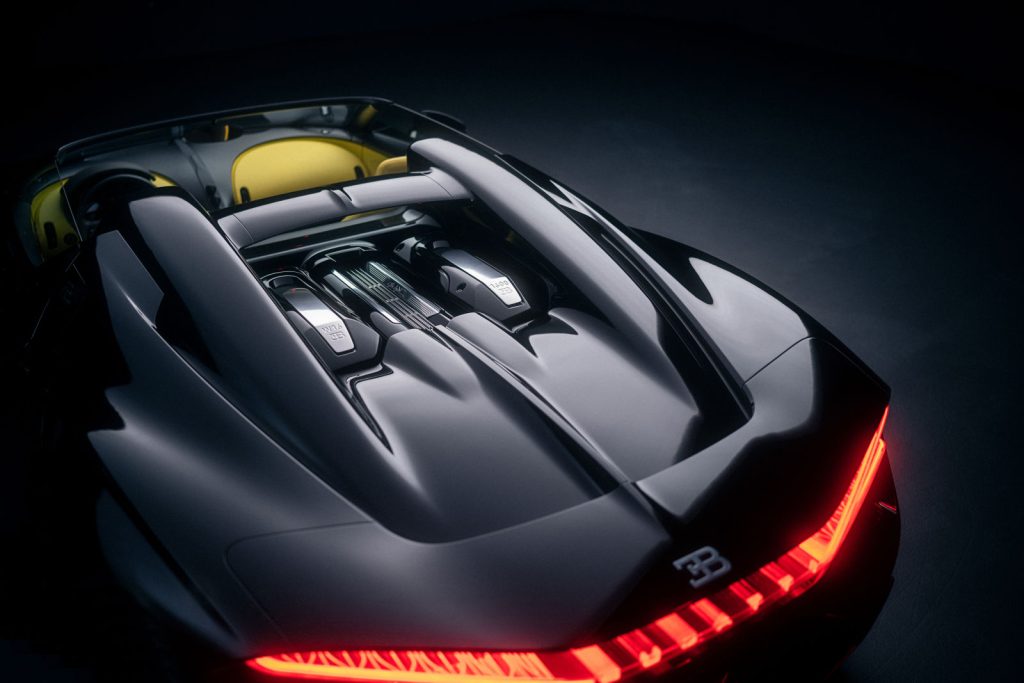 Bugatti’s Chief Technology Officer, Emilio Scervo, says, “Managing both thermodynamics and aerodynamics effectively is key to achieving more than 420 km/h in an open-top car, even with 1,600 PS from perhaps the most advanced automotive engine ever created. We have to think very carefully about how we shape the W16 Mistral to guide air through the car and around the car to delicately balance both cooling and aerodynamics.”

The front of the car features a new wider, deeper and more three-dimensional iteration of the famous Bugatti horseshoe grille, which allows the high-temperature engine radiator to be fully fed purely from one intake. This leaves the two side intakes to focus only on providing air to the intercoolers.

The W16 Mistral is a wonderful mix of engineering, art and manipulation of the laws of physics but if you want a nice relaxing drive into the sunset with the breeze in your hair this is probably not the car for that Hollywood ending.