The VISION AVTR: Mercedes-Benz On The Mind

Imagine a future where with nothing but a thought, you could turn up the radio, open your windows, or change the lighting. We kind of forget that Brain interfaces aren’t actually science fiction anymore. There are setups that allow for basic utility within VR gaming, and the tech is already being used as a viable tool for people with disabilities. So it was only a matter of time before one of the big car companies thought “wait a minute, why don’t we put this in our cars?” Mercedes-Benz is that company, and their VISION AVTR concept vehicle at the IAA MOBILIY 20201 expo is turning heads, and brains. 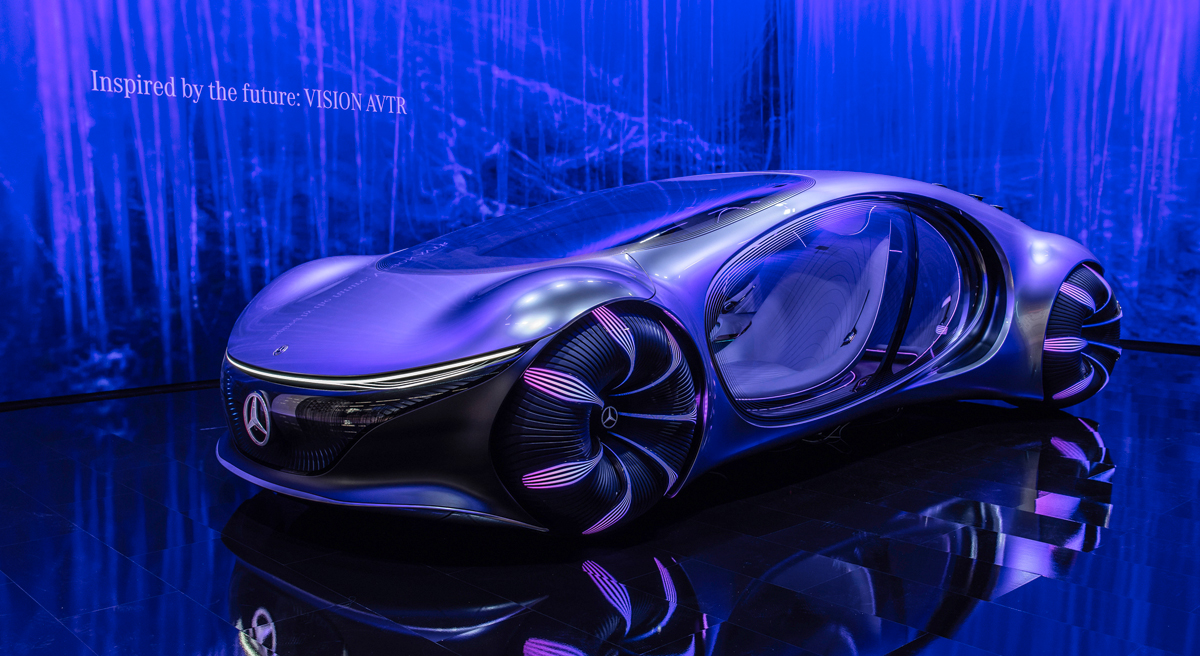 A BCI device, with wearable electrodes attached to the back of the user’s head, records brain activity and establishes a direct connection to the vehicle after a one-minute calibration. The brain reacts to the visual stimuli on the dashboard. The BCI device measures the neuronal activity at the cortex in real time. It analyses the measured brain waves and recognises on which light points the user directs his focus and full attention (attention-sensing interface). The stronger the focus, the higher the neuronal activity. The device then triggers the targeted function in the vehicle.

The VISION AVTR is named after James Cameron’s Avatar movies that are finally, FINALLY getting those long awaited sequels. Its interior is pretty wild, and is mostly a designer’s fairyland of concepts. The least crazy aspects of it is its sustainable makeup, vegan DINAMICA leather made from recycled materials and fast-growing Karuun. On the exterior, 33 bionic flaps on the back of the vehicle can communicate with the outside world – with and through the driver – using naturally flowing movements in subtle gestures. What’s the pattern for “Ef you for cutting me off” in flaps? 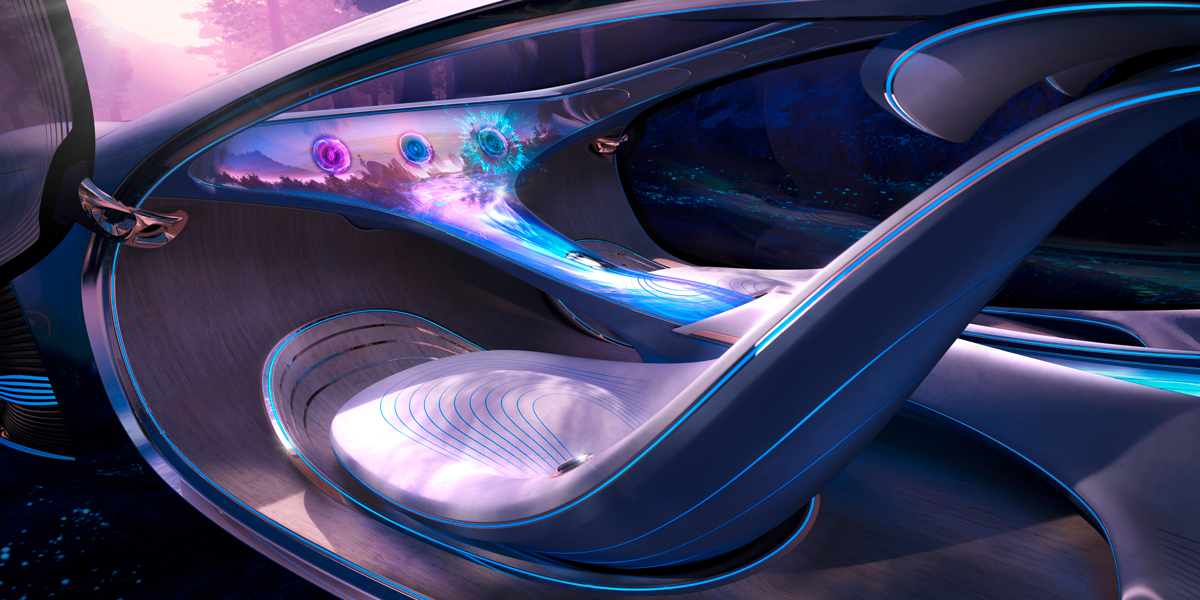 Instead of a conventional steering wheel, the VISION AVTR has a multifunctional control element in the centre console. By placing the hand on the control, the interior comes to life and the vehicle recognises the passenger by their heart rate. Simply raising the hand projects a menu selection onto the palm of the hand, allowing the user to intuitively choose between different functionalities.

But let’s go one step at a time, guys. Let’s just get the mind reading tech polished up first, shall we?

The Ecstacy of Great Design
Set In Stone - The DNA Of An Entrepreneur
Tips From The Top
To Proxima B Or Not To Proxima B
Man-Made Islands. Enough Said.
Is This The Comeback Star Of The 2020’s?